First of all, I would like to tell some information about our beautiful world and its countries; the whole world is divided to seven continents. What is the continent?? …. A continent is one of several very large landmasses on Earth. They are generally identified by convention rather than any strict criteria, with up to seven regions commonly regarded as continents , each continent contain some countries called world countries. All of these continents together constitute less than one-third of the whole earth’s surface and the rest of the earth’s surface is covered by water.

According to the world health organization ; all countries which are Members of the United Nations may become members of WHO by accepting its Constitution. Other countries may be admitted as members when their application has been approved by a simple majority vote of the World Health Assembly. Territories which are not responsible for the conduct of their international relations may be admitted as Associate Members upon application made on their behalf by the Member or other authority responsible for their international relations. Members of WHO are grouped according to regional distribution (194 Member States).

The three largest sovereign countries by surface area are Russia, Canada, and the United States. Together they occupy roughly a quarter of Earth’s landmass. Other heavyweights in size are China, Brazil, Australia, India, Argentina and Kazakhstan.

In the World Countries, you can find 3 small Countries… The three smallest countries in the world are Vatican City, an enclave within Rome, Italy. Monaco, a principality at the Mediterranean coast and an enclave within Southern France, and Nauru, an island country in the southwestern Pacific Ocean.

These continents has very famous names, nobody can miss these names at all; World Countries which are:

Country is a piece of land  and its  nation with its own government recognized & listed by the United Nations. most of people doesn’t know how many country in each Continent …. now it’s time to know your World Countries. 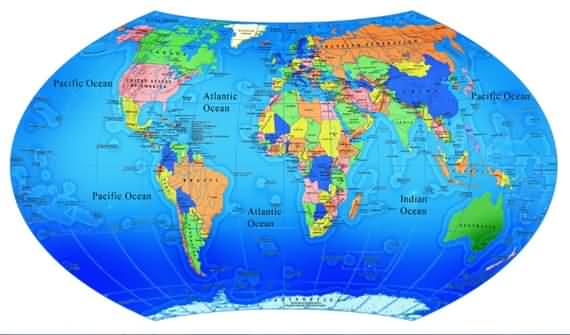